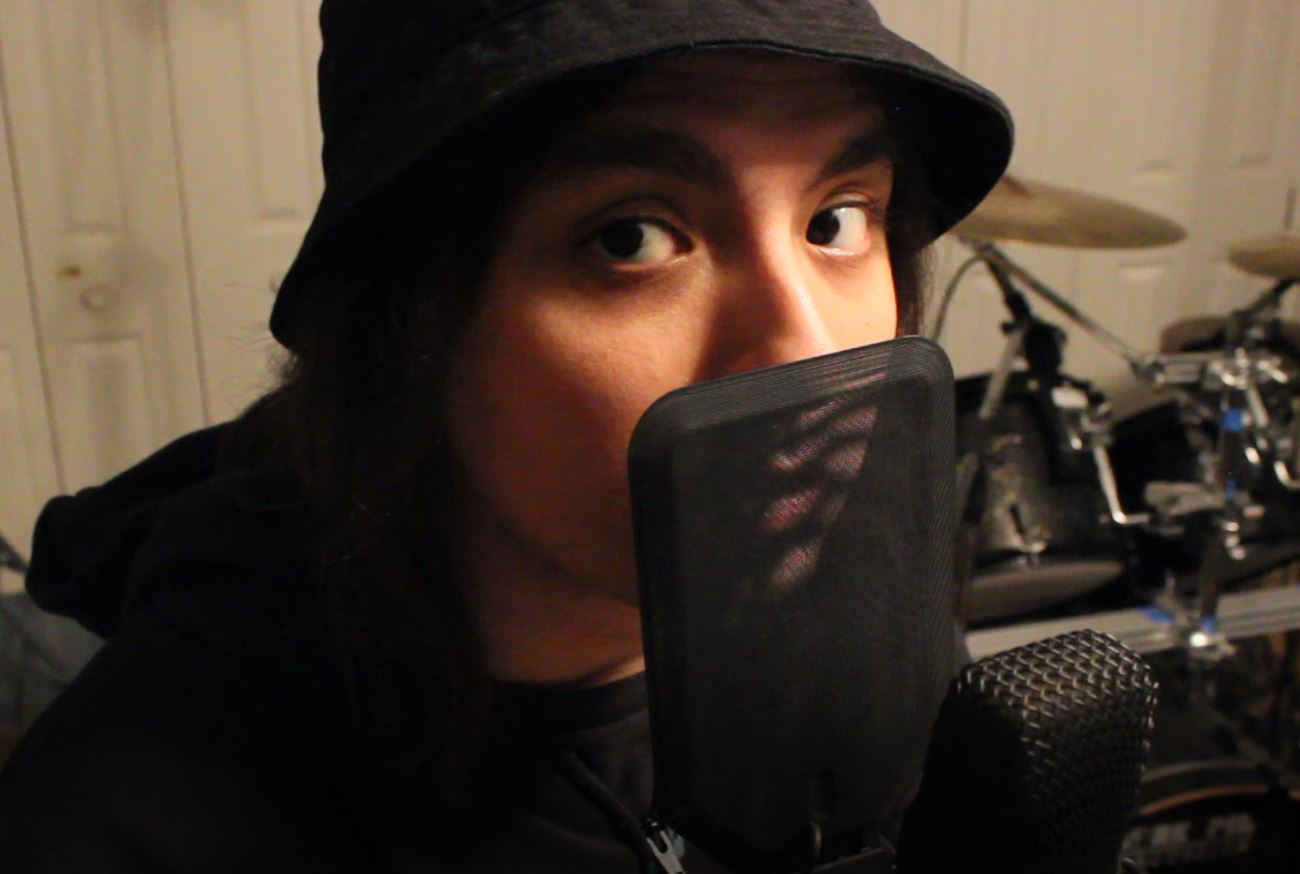 As I sit down to write in the midst of midnight I remember the summers of the old days. Music to me used to be about having fun. I didn't really care if anyone really heard my music...but for some reason there is a stigma on musicians. Like if you're not famous then you're not a really accomplished musician. It's probably the only field of work that's like that. So throughout music school you meet all these people who want to be a world class musician. They talk about getting signed...and they do get "signed" basically there are tons of vultures out there that prey on musicians like this so they will "sign" you. They will make you pay for "signing" you and then take a percentage of the income you make with your music for a certain amount of months or years.

I'm honestly done with fame. I've seen it turn people into something they're not...and when I listen to some of my older stuff I can hear a young boy trying to be famous with a catchy melody that everyone will like because to most people back then it was either "make it big" or "give it up".

Then I remember those summers when I would jam with my friends. Playing music that wouldn't be repeated again partially because we didn't know what the hell we were doing.

I'm there again. Expressing myself for the sake of expression. Feels like Summer.

My band and I worked on a new tune called Guilt. Here's a video of us playing it.

I remember when our guitarist quit. Back when we started...we actually had two different guitarist. One of them leaving left at a very difficult time in my life...so it was pretty hard. That's when we decided that we shouldn't replace our guitar player and instead I would cover the instrument along with keyboards. It was pretty tough, but I took the challenge. I would practice long hours throughout the next few weeks and I still practice the instrument a lot. I feel like the guitar itself has a personality that doesn't match with mine...or at least what I think a guitar "does"...but I think I've developed a style that fits my personality. Still trying to find myself though. I think Guilt shows this pretty well.

It's a new year now and you have to wonder if it'll be better than the last. Here's to hoping...If I think about my favorite moments from 2020 I would say there aren't many. I did feel something I never felt before though. At the beginning of COVID, I remember shutting down and not doing anything. I watched television for the first time in a long time...I didn't have too much to do which is always the opposite of the standard. Then shortly after, I became extremely busy trying to make everything work with adjusting to online work and life. It was something...but now that part is over.

Here's to a new year of trying to make things work.

Sorry I haven't had a lot on my mind lately. Finishing University and the busy week of work has drained me quite a bit, but here's a Christmas Medley my band and I put together.

I actually used to hate Christmas music like a lot, but now it reminds me of the good times I had in college concert band(where I played percussion).

This video was Anthony, my drummer's idea. I planned to put a Drum solo "here" and a Bass solo "there", but Anthony got confused and put his Drum solo where the bass solo was supposed to be and it ended up making the Bass solo really long...so Chris got to shine pretty well in this one...which wasn't planned xD (No pressure Chris). He likes to say he's the "weakest" soloist because he doesn't know his theory, but idk, he's pretty darn good. It's not easy to come up with Bass solos for sure.

Interesting enough, I find that this platform can absorb a lot of time if you let it. I actually saw a video about Myspace and started looking into it more. I had no idea that it actually surpassed Google as the most visited website on the entire web at one point! It's kind of crazy. I also looked into the real Tom and see that he's basically living life and enjoying the retirement money that he earned for creating this. A little crazy to think. Once investors and advertisers were interested in this, his life was pretty much set.

But aside from all the spec stuff, Myspace kind of Collapsed on its own. Technically, it should have survived, but people making bad decisions and other things pretty much did it in...not to mention there are a lot of dangers that come with the initial design of Myspace. Isn't weird that something that can be so calming and tranquil for some users can turn into something creepy and disturbing by others. Humans are interesting.

I guess simple ideas can grow out of their simplicity and sometimes collapse on itself.

Some ideas can be stolen and they will thrive in their own right.

I was always restraint towards social media sites and it took me awhile to even consider Myspace when it first came out. It was so bad someone actually had to make a Facebook for me before I eventually got on...on platform I seemed to do well at was Youtube...and I thought it would be interesting to talk about that Platform for today. I have a channel called Phoenix Splash TV and it has a close to 3k subscribers. It was a place to showcase my band's music and make other kinds of videos. Most of the subscribers arrived through the "musician spotlight" series which mostly featured musicians from Japan who I felt were underappreciated. I noticed something strange...the audience I massed were only interested in "that" content and not anything else the channel had to offer.

Apparently, the best way to make a Youtube Channel is to make one type of video and base your whole channel off of it. Rather than making one channel that says "hey I skate" and "hey I collect buttons", you'd have to make multiple channels...one for your skating and one for your button collecting...but it doesn't become a channel about YOUR button collecting, it becomes a channel about button collecting...if that makes any sense. The aspect of the video that people are interested the least is the person behind the video.

There are a good amount of channels that entire contradict what I just said...but that was the science behind the people interested in Musician Spotlight...but that's not to say some cool people fell through the cracks and actually like us for what we do...I decided I want to make my art whether anyone is there for it or not. There are more to people than just one thing, but there is one thing about a person that people attach themselves to that makes that person a friend...or fwiend..or at the very least interested.

Youtube now is probably one of the most shallowest place of all. Clickbaity thumbnails, Videos that lie to you in their title, conspiracy theories, fake news, long drawn out videos that try to reach that 10 minute mark, and drama channels are everywhere. They're all interested in winning the algorithm and getting money...and they're really hard for music makers, cartoonist, or any real artist to compete with.

Youtube was likely personal(remember video responses?) and there are probably ways to keep it personal, but I blinked and know no such reality. With this iteration of Myspace, the user always sees the profile. When's the last time you viewed a Facebook profile or a Youtube Channel's Page? Newer social media is all about the "post".

So today I made a "Myspace" and have begun using it. I used to use the site back in the "old days". When all my friends jumped to Facebook, I was perplexed to why...and still to this day, I don't know what made Facebook so appealing to them. Nowadays, I think even Facebook is different from what it used to be. I'm going to keep a log of this little experiment that is going on. Who knows how long this site will even stay up or what will happen to it.

But I think we all feel what the big difference between this old version of Myspace and the rest of the social media platforms(Twitter,Facebook,Instagram, etc). Myspace was more personal. There's not a million adverts staring at you, and there isn't a bunch of users fishing for likes...and there's nothing screaming for your attention.

This social media platform really allowed the user to express themselves in an interesting way.
Why did we abandon it for things that direct us to monotony?