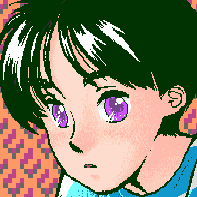 i still log on here for some reason, apparently there's another wave of tiktok users coming in, and also some kind of crash, which is unfortunate. should always have your CSS backed up, and big props to jankenpopp for creating and maintaining this beautiful website

ultimately, i think more people knowing about windows 93 is really great, this was one of my favorite websites and net art since i was younger, great to see more people exposed to it; i encourage new users to not only try to figure out myspace, CSS, and making friends on here through messaging, but also just poke around everywhere in the windows93 "OS," you'll basically never run out of secrets, sick music, and fun tools and programs to mess around with on here, i guarantee if you love early web stuff, retro games, and old computers, you could be entertained for hours

but for people already on here, i also get that new users can be annoying (even if i don't get messaged by them so i wouldn't know myself xdxdxd), but most of them are gonna be kids right? not to generalize but that's just kinda how any new wave is gonna be. i get disappointed as much as anyone else seeing those pages where the last time the person logged on was months ago and they never changed their CSS and profile info, but again, that's just how it is. most of them are kids, and not to disparage the minors already on this site, kids can be stupid and annoying. sometimes they try new things and drop it if they don't get anything out of it immediately and realize they aren't interested. i know i can still be this way.

if anyone bugs you, just try not to see it as anything more than an inconvenience. ignore and block if you think they're annoying. that's just my opinion, obviously i'm not one to speak as someone who was never involved in any community here. you have a right to complain, i just don't think it's fair to disparage a whole platform and a whole group every time a new wave of users come in.

anyways besides all that, personal life-wise, my laziness is making school hard as fuck for me, i have overdue shit in all three of my classes lmao. only halfway through the quarter so i can probably get over this bad week and salvage it. i'm really questioning if i love learning as much as i thought i did