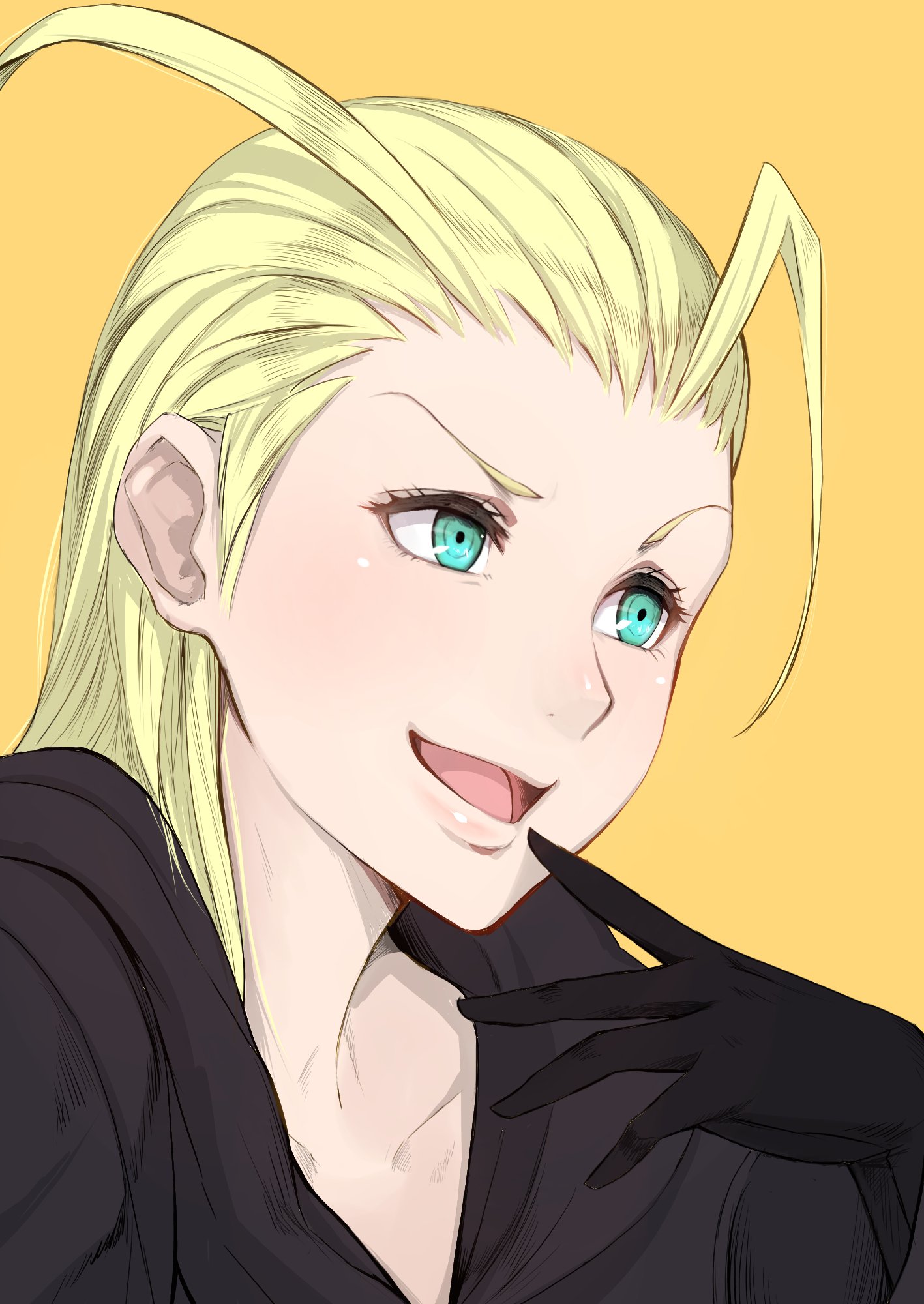 Today I logged in to MySpace because I bored when I saw this message
https://i.ibb.co/68fTjZv/3162-D9-DF-6614-46-EA-98-DE-A81-E6-BEE9-BFF.png
Obviously I started to freak out. I posted about my MySpace getting leaked a while ago and I legit got from the couch quickly. I grabbed my computer and turned on the vpn to be safe and did the password changing process there. I told Mercedes to talk to me on trollbox and that it was urgent. When she got there, she asked me about what was wrong. I asked her about the pop up and she had no idea about what was going on. I then told her that the pop up appeared when I logged on to MySpace and she told me she got one as well. She agreed to send me an image so this screenshot is courtesy of Mercedes
https://i.imgur.com/1isQgNd_d.webp?maxwidth=760&amp;fidelity=grand
The messages are the same but the only difference is the username. We’re sure that we both got hacked by the same person because we still have the emails and on iMessage, we both sent each screenshots without showing our old passwords and the IP address matched on both screenshots. Thankfully, we logged in and changed the passwords or else something bigger could’ve happened. If you got this pop up as well, please let us know. We want to know if we’re the only ones or not. Thanks for reading. Bye!

My MySpace login got leaked

So my twitter and MySpace login info were in a data leak. I can’t do anything to protect my MySpace account since Mercedes says you can’t change your MySpace password. I can change my twitter password which is what I’ll be doing after this post. Mercedes and our friend Axel also had their passwords leaked on twitter so I told them to change their info. Mercedes, me, and Axel just changed our password. Mercedes didn’t get her MySpace info leaked so that’s good. Anyways if anything weird happens on my MySpace account, let Mercedes know and she’ll tell me. I’ll be archiving my blogs in case someone uses my info to delete the blogs I’ve made. Well I have to go to sleep. Bye guys!

Hello and welcome back to another blog. Today I’ll be discussing the Mercedes Powers universe. It all started on September the 15th of 2019. The YouTube channel Mercedes Powers was created but went under the name of Scarlet Valeres. It’s a weird name but at least it wasn’t like Redzilla Studios. His channel was called The Breakdown Realm. The first few months of the channel were great. I enjoyed sitting back and watching the videos while Mercedes was filming them. Every video was funny and great for my family to watch after dinner time. This is what I personally call the Golden Months. Then on January of 2020 people at the school Mercedes attends found out about the existence of the channel and that’s when the blackmail happened. Let me explain. You see the videos that the bullies saw were good but they were called cringe by them. Let’s just say that Mercedes did not take the news well. She heard it and posted a video where she joked about the bullies. They saw the video and threatened to the teachers about it. Mercedes was scared so she let it all happen and was careful about what she posted. The blackmail ended on March the 14th of 2020 when a voicemail was sent by the district explaining that the schools would shut down due to COVID-19. The only great videos that Mercedes Powers posted were the 2 parts of the beats solo 3 review and the xtra flaming hot Cheetos review. Let me just say that Mercedes couldn’t stop coughing after the chips review and finished the bag of Cheetos 1 week later because they were so spicy. Any videos besides those 2 were not great, not good at all, or they were great and I can’t think of them off the top of my head. Good videos popped up on the channel when school reopened in person on September the 14th of 2020. Then on December the 6th of 2020, the first and shortest school vlog was made. That’s when Mercedes only posted vlogs at school. I can’t say I’m proud of this choice because I’m not but at least Mercedes is posting good videos again. These videos don’t actually take place at the school Mercedes attends and are just a Redzilla Studios and Mercedes Powers role-playing crossover collab. Redzilla Studios is not really William despite being called that in the real life among us video. All the students at their school are extras that don’t get paid for acting. I recently spoke with Mercedes Powers and these are her thoughts on the subject. She says and I quote ”I regret posting the video that led me to be blackmailed. I was furious at the time and I hope my friends don’t get upset at me if they find out about the video existing. I also miss the videos that I posted at the beginning of the channel’s existence so I will bring them back. I don’t know if I should continue the 100 live stream series or not. The vlogs won’t end until the last full day of school. I now know that the person responsible for my YouTube channel not being popular isn’t Susan Wojcicki, the C.E.O. of YouTube. It’s me. If you’d like to see any old video series from my channel, tell me what video series you want to see again and I’ll revive it. I’m also considering public speaking so let me know if you want to see the speeches posted on my channel”. That’s all that Mercedes Powers had to say on the subject. Thank you for reading this blog. Subscribe to Mercedes Powers and Redzilla Studios on YouTube. Goodbye!

(Edited at 5:06 PM)
Apparently Mercedes Powers read the whole blog and acknowledged what I said that is a fact and what I said that isn’t a fact. I won’t remove the part where I mentioned where the vlogs take place at but just know that it’s a lie.
(Edited at 5:37 PM)
Apparently now Redzilla Studios will be sent the link to the blog. I’m so excited for a YouTube celebrity to be reading this. Hey William! How are you? I watch your videos but I don’t have an account so I can’t subscribe. Can you please tell Mercedes to tell me what you thought of the blog since I hear you don’t have MySpace. Bye William! Bye Mercedes! Bye everyone!

I normally do what Mercedes does and noticed that she's is grounded so I told my parents to ground me as well. They said I did nothing wrong but when I told them why I wanted to be grounded, they agreed to it. Now I'm grounded. They said that I wasn't really going to be grounded though. They also told me to tell you that you needs to do your missing assignments instead of being on MySpace. Also, Axel and the others told me to tell you that you need a new mp3. They don't like I'm not through by OK GO and really want to hear it's a disaster by OK GO on your MySpace page. I'm actually caught up on my assignments because that's the only thing that I didn't listen to you on. Personally, I think I'm the better one at doing things right. I didn't listen to you and look at what happened. You have 8 missing assignments and I have none. The only bad thing is we don't go to the same school. If we did, I would have probably done half of every missing assignment for you.

Sorry for being offline. I didn’t know what to post. I just wanted to say that Mercedes from the MySpace profile The Online Mercedes is going to post her vlogs at school weekly to save blog space since we’re only allowed 10 blog posts. She told me to tell you guys while she collects the links to her videos that will embed on her blog posts. Follow the account if you haven’t already. Bye!

I’m not an interesting person. You can follow me but I’ll need tons of help from Mercedes, the person who runs The Online Mercedes account because she’s better at this than me. That’s all. Bye!
https://i.pinimg.com/originals/b8/57/ef/b857ef2f624a8cded512af33e0ea80f2.gif

I just surprised Mer(Mercedes) by scaring her with everyone else popping up behind her in the car. It was funny but you might be wondering how we all got in the car. We showed up using magic but Mer didn’t notice so we decided to scare her. I said hello to Mer and then we scared her. This all happened after Mer saw Jumanji 2 at the local cheap movie theater. This is what I did. Bye!

MySpace is great! Axel is getting online and I decided to post this as a way to get some of my friends to post online since we were once jealous of Mercedes(Mer) for having a phone. Mer eventually took us to a store to buy our cellphones because we are wizards and wizards have never had a cellphone. The next people after Axel are Vexen and Demyx. Bye!