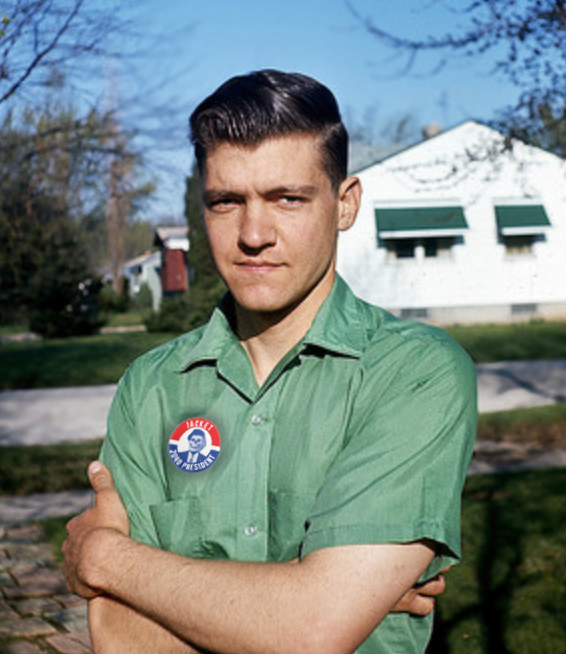 It has come to my attention that the man that I gave my full support as he ran for office, Jacket (2040), has died tragically. He died retaliating against the government for the attempted murder of his squad in Vietnam and I commend him fully for that. May he fight the good fight in hell.

When someone interprets as derogatory almost anything that is said about him (or about groups with whom he identifies) we conclude that he has inferiority feelings or low self-esteem. This tendency is pronounced among minority rights activists, whether or not they belong to the minority groups whose rights they defend. They are hypersensitive about the words used to designate minorities and about anything that is said concerning minorities. The terms “negro,” “oriental,” “handicapped” or “chick” for an African, an Asian, a disabled person or a woman originally had no derogatory connotation. “Broad” and “chick” were merely the feminine equivalents of “guy,” “dude” or “fellow.” The negative connotations have been attached to these terms by the activists themselves. Some animal rights activists have gone so far as to reject the word “pet” and insist on its replacement by “animal companion.” Leftish anthropologists go to great lengths to avoid saying anything about primitive peoples that could conceivably be interpreted as negative. They want to replace the world “primitive” by “nonliterate.” They seem almost paranoid about anything that might suggest that any primitive culture is inferior to our own. (We do not mean to imply that primitive cultures ARE inferior to ours. We merely point out the hypersensitivity of leftish anthropologists.)

Also; I was helped in making a "Google Drive" for my "past blogs" so here is the 'link' for that
https://drive.google.com/drive/folders/1qltIBMqwxsaRRS4KWRByC1bTE8c_qj5C?usp=sharing