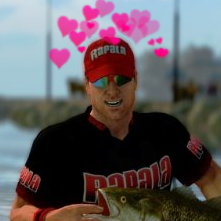 https://i.imgur.com/SkDwVfW.png
idk, I didn't think this through

405 days ago when I joined myspace we were just about 3000 users. I remember the real hotshots back then were people like Bill, who probably had like 400 fwiends (🥵) and Matt had like 1700 (🤯🤯🤯 wow). These numbers were huge back then. This isn't a "bring back OG myspace!"-rant. Rather I just want to say that I am currently having a mental breakdown over the fact that I hit 1000 fwiends. I've never really "collected" friends but it still means a lot to me. For some reason my mind is still in the past and I'm just struck with the thought "what? Am I one of them now??" As a very cool user once said for their 1000 fwiends blog: "WOW, this is pretty epic". You were right lol

thank you for 1000 fwiends! :D
you all know that I love you and that you mean a lot to me. I suspect that many of us have - I know for a fact that I always have - longed to be a part of something special. To share a once in a lifetime adventure with dear friends. In myspace I found that special thing. I'm incredibly thankful that I managed to end up here.

22 days ago when the apocalypse seemed near I was as scared as the rest of you. I've always known that Janken intended to close the site if it grew too big, but like many of you I had never really internalized the possibility of it becoming a reality. Since that day I've had to come to terms with that fact. The apococalypse was a false alarm but now it suddenly seems so much more real.  Although what I've come to realize is that when the end is nigh I will have so much to be thankful for. Thankful that I got to be a part of something special.

But this isn't some goodbye blog. fuck that. If anyone thinks I would just let this place go just like that and be chill about it: hell nah. IF the apococalypse comes I will fight for myspace with every last drop of my being. Because the party is still going. There's a lot of talk about OGs but as an OG myself I would like to say that I have met a lot of users id > 20000 who are definately OG material. Cool people are cool is basically my philosophy. And I appreciate cool people. Even though the family's been growing we're still the same family.

Although there is one thing that has remained constant throughout the growth that I would like to talk about. Many loving words have already been said about our dear mr. Tom but I would just like to add some words of my personal gratitude. I am grateful not only because he created the site, but for the role he's played ever since. I am actually 100% convinced that this site would not work as well as it does if it wasn't for Janken's mature and wholesome leadership. Ever since the start he's set a clear example for what the site should be. With such a small detail as changing the word "friend" to "fwiend" he made us realize right away that that this isn't just another social media. This is something special. And Janken's personal contribution is the foundation upon which it all is built. Idk if it was all planned but it sure was genius. He is by all means the MVP.

Tbh I think it's straight up inspiring what he's done. I'll do my best to follow in his footsteps and I hope you feel the same. We can all do something to help make life a little more special for the people around us.

To Tom! To Fwiends! To bootleg MySpace!
thank you!

edit: thank you all for the amazing comments! To those of you who’s comments don’t show: I hit the limit and haven’t decided how to compensate yet. But I’ve seen your comments! thank you too!!! :D