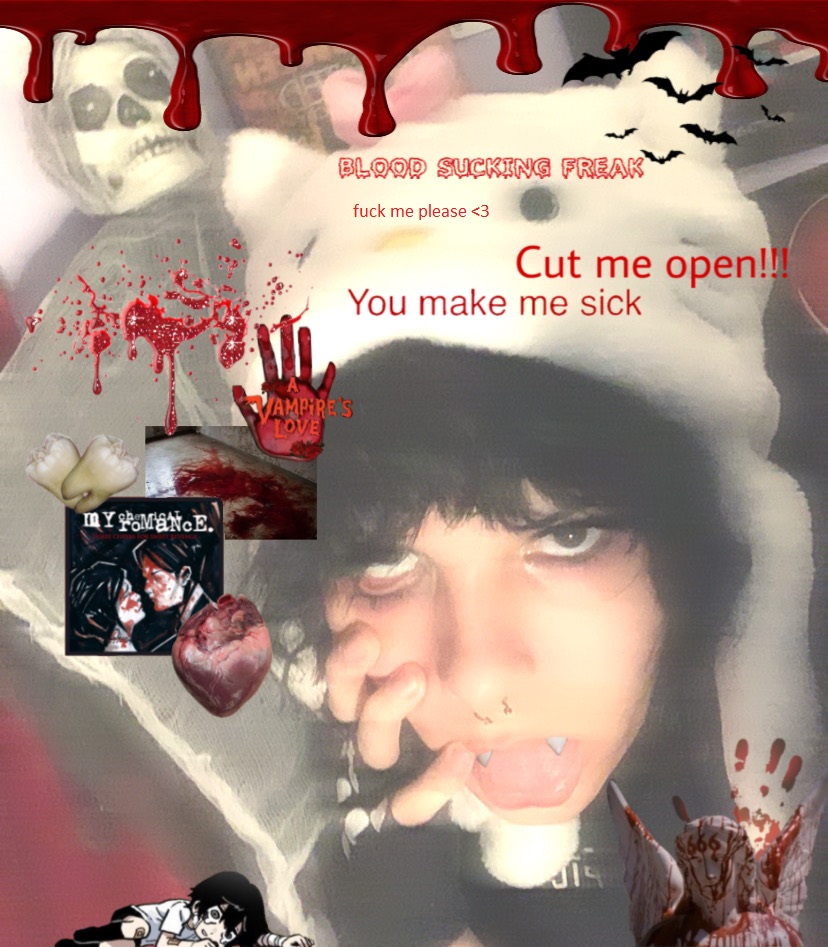 So basically i got a job so thats fun. I had to dye my hair all black though cause the place doesn't accept unnatural colors in hair which sux but oh well :/ at least i'll have money. i'm thinking of saving up money for riot fest tickets this year so i could fuckin finally see my chem. also, i spent like,, almost 60 bucks last nite on a i brought you my bullets, you brought me your love cd. honestly it was fuckin worth it tho. i really wanna get the mcr revenge era jacket (the NJ murder scene one) but it's literally sooooo hard to find authentic ones that don't cost and arm and a leg. i also rlly wanna get the mcr venganza bulletproof vest with the usb flashdrive but they are literally SO HARD TO FIND and when u DO find them, they don't have the flashdrive :p also! I ordered the my chem rosary necklace from hot topic cause it's an online exclusive item that they're only gonna be selling for a little longer so i got it cause i'm trying to start collecting shit (:
https://images.45worlds.com/f/mm/my-chemical-romance-4189-mm.jpg
https://storage.googleapis.com/thehunt/app/public/system/zine_images/11351671/mobile/1f104daf7a98071134a3dd0bbe656232.jpeg

hey guyz,, watz up :3 today wuz kinda boring cause all i did was get dunkin donuts, but! im super excited to start my job so that i can finally start collecting mcr stuff and saving up for a car. i'm so excited cause i finally won't have to stress out about asking my parents for money cuz i won't have to! money trauma be like: no don't ask your parents for money,, what if you get evicted and become homeless again?!?! but anywayz i hope u guyz had a good day. tell me sumthin u did today if u wanna ^.^ and also,, u guyz should totally pm me!!! i need to start talking to people more often lol

i want a vamp gf/bf or a dog bf right now. do it or i'll cry. i just want a needy bf </3 anyways let me stop being whore knee on main that's embarassing.

so basically i got fucking fired because i was FOUR fucking minutes late to my orientation because my dad put in the wrong address when he was driving me there and then my boss was like "I already started the meeting, we'll catch up at a later time" and so i went home and then when i asked my manager if i was supposed to go to the orientation on wednesday she was like "no ma'am, unfortunately being late to orientation and not calling is just like doing that on your first day of work and that results in termination." like wtf dude. they knew it was my first job and that i don't have my license yet and that i'm new to this area and they just decide to fire me??? like ok bruv. it's whatever tho cause i applied to like,, three other places.