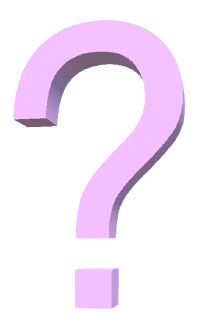 we like keys. any kind of keys really; any age, shape, type, color or function. you can open so many things with them, or hide some more in places no one would ever search. there are so many kinds of keys, each one of them for a very different purpose than the other; there are physical keys, made to open and close locks and doors and chests and books; there are "digital" keys, like the passwords to online accounts [like this one!!], or padlocks or telephones; there are metaphorical keys, that help us "unlock" experiences and memories by acquiring them, and they're different for everyone, because everyone wants to unlock a vastly different thing that the next person, kind of like a clue to the puzzle; there are musical keys, for telling us the name of a bunch of sounds played together in an instrument, like a piano. so many kinds of keys, all different in their functionality and the way they're used.

But let's go back to physical keys for a moment.

we have a key and a lock hanging from our little bag where we store our pencils and erasers and pens. they serve no other function there other than look cool and entertain us, they aren't hiding nor protecting anything, but they're not useless. and that's the thing, they can't be. if we needed to store something, somewhere no one could access it, we know where there's a lock, with a key only we have, that can be used to lock something up, only for us to open and take out.

What about "digital" keys?

they're not really digital, but they're also not physical. they exist in our minds and a server, somewhere, whether that is on the internet [for online accounts], or your own device [for accessing your phone or your computer]. this ones are the most dangerous kind of keys, we feel like, as they aren't a thing you and only you have. these keys can be stolen, and though so can physical keys, digital keys seem to keep hidden so many more things nowadays. and it doesn't help that most people use the same keys for more than one of their accounts, for many different websites. but the thing is that they exist in places we can't touch or see. one does not steal these keys by just grabbing them, as that is literally impossible, but by breaking into the servers that hold these millions and billions of keys, for many accounts, belonging to a lot of people. it's kind of like someone talking to you and somehow, by means of manipulation or hypnotism or similar stuff, convincing you to tell them all the passwords for all of your accounts, the keys to your car, house or apartment, the combination to your school or work locker... you get the idea.

What even is a metaphorical key?

we like to think of these ones as all those clues to the puzzles, the puzzles being all kind of different things, whether they be the meaning to something, or a missing memory you want to remember, or the answer to that crossword or riddle, or the one thing you need to feel better. these keys are harder to find in the wild, they're either in a cheat-sheet for that word jumble you've been meaning to finish, or lost, deep in your mind, hiding from you and the world, only meant to be seen by a few, for only a brief moment, at the right time. these ones are the most cryptic kind of keys, as they range from simple clues to a math puzzle to the meaning of life. it's difficult to tell them apart sometimes, or what they even unlock.

but you see they're not!!! musical keys work kind of the opposite way all the other keys work, as they don't unlock anything. rather, they are the thing you unlock by playing specific notes on a musical instrument. examples of this are A mayor, E minor, B flat seventh, and others. these keys are very different to the other ones, but they are still keys, in a way.

we like keys. any kind of keys really; any age, shape, type, color or function. you can open so many things with them, or hide some more in places no one would ever search. we like keys, maybe you should too :).