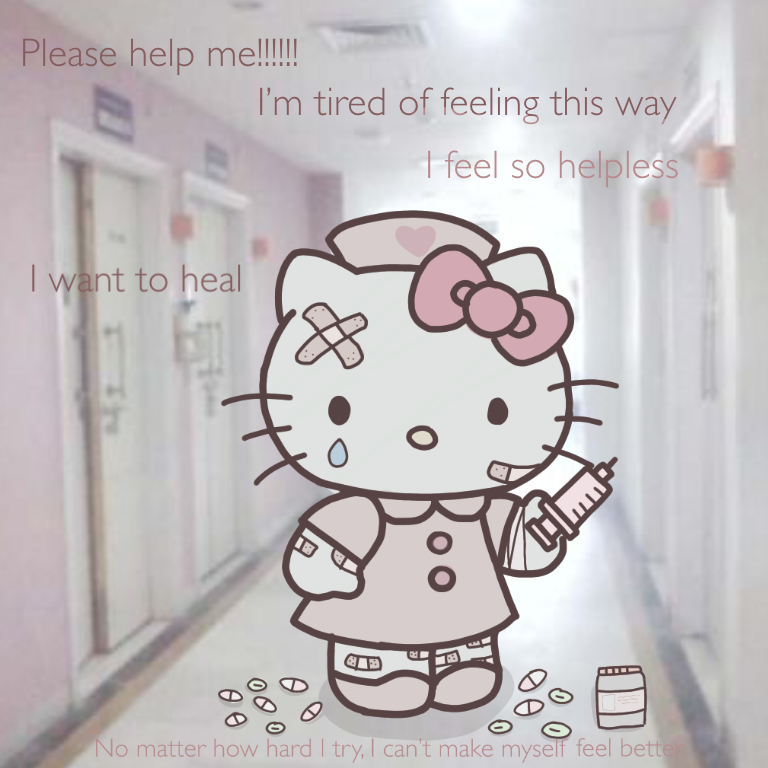 another day, another rant....?

today was a bit better, surprisingly. I ate more today. Which was kind of weird, but it felt nice to eat instead of feeling hungry until dinner. I watched a few videos on murder cases, they're pretty interesting- in a bad way. It feels weird listening to people talking about brutal murders, it's really scary but I guess it just kills my time. I usually end up watching the same ones. not because I enjoy that specific case, but because I'm afraid that there will be certain this that really trigger me. I remember I
watched a video on the Moors Murders. It was a three-part series. I forced myself to watch it, I don't know why. It's scary how Ian and Myra just buried the kids in the moors and just took photos of them on top of the bodies. It's also sad because one(?) of the bodies still haven't been recovered to this day. Anyways enough about the Moors Murders. Do you think it's bad to eat a blue popsicle if you're a girl? that's what my mom thinks. My little brother bought some popsicles just because paw patrol was on the box, there were three colors. red, blue, and pink. If you've watched paw patrol then you might know which color belongs to who. I only watch that show because my brother lowkey forces me to lol. anyways I just grabbed one from the box and I got a blue one. I think the dog's name was Chase and he's a cop or somethin'? anyways I was just chilling (no pun intended) and my mom walked in. "why are you eating the Chase-themed one? You're supposed to be eating the Sky-themed (pink) one! Throw that away and get a pink one." uh... since when was I not allowed to eat a certain popsicle just because it wasn't a 'feminine color'? I didn't even pick that one on purpose? I wanted to reason with her but I knew my ass would be beaten if I didn't do as she told me. anyways not much happened after that. I don't know what else to write so I'll just end it here.