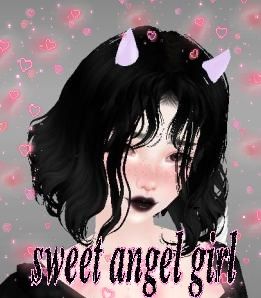 ♡lemme tell u a story♡

I see a phantom, a red sun, it seldom stays around. With time I've noticed this phantom shares the same intense golden eyes as a friend, even if she seems to lack the life the phantom has. It wasn't until I met her that it appeared. On the days when my friend seems absentminded, the phantom accompanies me the most.
Its sharp red ears with black tips are like a vampire's fangs tainted with old blood. The long and luscious tail it carries seems softer than anything I've touched, even if I've never gotten the privilege to touch it. Its fur is the color of fire, often bringing light to my room when I need it most. The most captivating part of its appearance is the black ring around its neck, which makes it appear like its head has severed from its body once night falls. This creature is haunting, always seeming to look for something in its surroundings, never finding it.
I started to feed it after a while, afraid its slim body would show its bones eventually. To my surprise, it received the dead mice I offered once I left them on the floor so it could take them. This passive feeding went on for a while, I noticed no change in the creature's figure, nothing except for its snout hiding what looked like a snarl every once in a while.
It wasn't until the day in the middle of class when the friend turned to me with panic in their eyes that I had a change of heart. Her eyes rolled to the back of her head as she threw up, violently coughing in between trying to breathe, then I saw a faint black line tainting her neck like a bruise. Once she was done and the whole class had backed up to the walls, I was able to see little putrid dead mice between indistinguishable throwup.
Ever since I haven't attempted to feed the red shadow again, and I am ignorant of what it feeds on to keep it so alive.