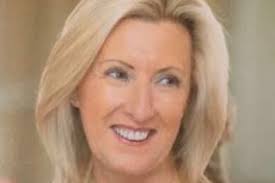 I went to my favourite 5 star MacDonald's today in hopes of a lovely coffee, whilst I was driving to MacDonald's I saw a gorgeous bunny rabbit being ran over by a car! Gosh it was scary Bless its soul! #Jesus #Christian

When I arrived at MacDonald's I parked my car taking up two spaces so my shiny Honda Odessy wouldn't get ruined - this resulted in an angry man looking for a parking space to scream at me! He was very rude Wap for his soul! I headed into the MacDonald's and the queue was massive! I skipped a few rude people as they all yelled at me.

Everybody today seems very angry! #WAP I tried to speak to the manager and asked the lady who was meant to be taking my order! I told the manager "If I were you, I wouldn't employ that crazy lady let alone allow all these screaming people!"

-I was later kicked out and never got my coffee!
I sent a complaint email and so far they are ignoring me! 😡😠💢

On the way home some teenagers called me a 'Karen' I was confused and replied "Yes I am Karen- HOW DO YOU KNOW THAT-?" The weird children ran off and I went home with out my MacDonald's coffee!