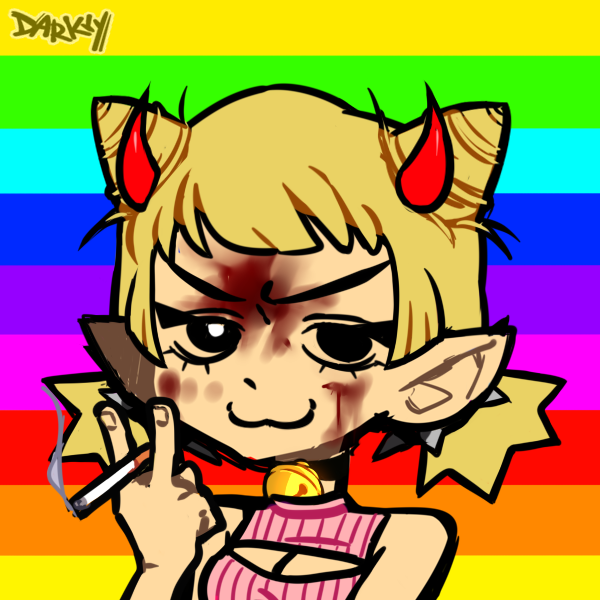 This stupid fucking asshole dog is literally the worst character in LPS Popular, I will fight you on this he is so shit. He's stupid, shallow, callous and rude, gullible as fuck, has no agency of his own GOD he's the manifestation of the very definition of a dumbass.

Like, I understand that there are several characters that are supposed to be (and are) worse than Sage in theory (like Brooke, who is supposed to be the antagonist and side characters like Nathan) but it's the fact that we're supposed to like him??? HOW AM I SUPPOSED TO LIKE THIS ASSHOLE OH MY GOD.

I have no idea what Savannah sees in him tbh, he was only ever interested in her after she got a makeover and Sophie makes sure we know this because he straight up ignores her at the start of the series. UGH AND THAT WHOLE "Looks might attract my attention, but personality makes me stay" ohh, fuck you bro, you're so full of shit SDKJHFKHJS he decides that he wants Savannah after spending less than half a day with her and decides to pursue her despite the fact that he is LITERALLY IN A RELATIONSHIP.

AND THEN??? HE DITCHES HER???? IN THE MOST DICKISH WAY POSSIBLE?????? Because he hears a rumor about her being mean to Brooke and doesn't even bother to check this. About the girl that he apparently has "feelings" for?? What a load of absolute bullshit

Also not to mention the fact that he called Savannah disgusting or something after Brooke spreads a rumor about her having a SKIN DISEASE??? AND I'M SUPPOSED TO LIKE THIS MF???? NO! NO! I REFUSE!

ON TOP OF THAT, I do not buy the whole "oh my dog, my girlfriend whom I've been with for several years is a massive bitch?? I had no idea!!!" because in literally the THIRD episode, she acts like a bitch in front of him with her friends and he doesn't see this as a problem, on top of him acknowledging that her friends are trash in like the fifth episode.

Look. I get it. She's a piece of shit. She is, without a doubt, a huge asshole. But that does not give Sage the right to disclose extremely personal and private matters like her fucking eating disorder with anyone he feels like, especially someone whom he knows has a personal issue with her. Not to mention the way he talks about her ED like it's just another stupid, little thing that Brooke does that gets on his nerves and Savannah shouldn't do it because he, AS A GUY, doesn't think it's hot. I'm sorry but as much as one can hate Brooke, that's just not okay.

I feel so sorry for her, she deserved so much better. The fact that he called Savannah a bitch for being insecure about the fact that he acted all weird and handsy with Brigitte WHICH BY THE WAY, totally made sense!!! Because she was right!! When Savvy dumps Sage in episode 28 and he takes out his anger on Brigitte and starts telling her that she "knows what she's doing" and she "knows she's attractive" like wtf that is so fucking creepy. And when Brigitte finally calls him out for secretly having thoughts about wanting to be with her and how he's attracted to her and how it isn't her fault that he thinks about other girls while he's in a relationship and he doesn't even deny it because he knows she's right HHHHHH JESUS. This episode made me hate him SO MUCH MORE, just the way that he takes out all his shit on Brigitte and how manipulative he was being with Savannah.

Also I cannot be the only one who thinks this, he's so horrible, TELL ME I'M NOT INSANE PLS