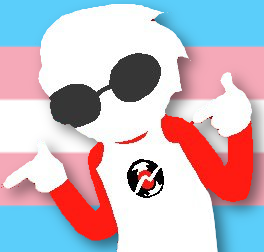 Brianna Bieniek is a terrible person.

(im definitely leaving some shit out)

• she uses ellipsis in every vent, idk how to elaborate but yeah

• she stutters in text and says "heh", which, as a stutterer, is lowkey a crime, people who unironically stutter in text scare me

• she says she has DID but only remembers she does when its convenient, and she doesn't even know what DID means according to andy. bri is faking DID to fit in i guess, she said, and i quote
"well... i have DID soooo i have many ppl" while we and a few other ACTUAL systems were talking abt being systems, and there's a difference between coming out as plural and "well...... i have DID 😼🤪🥴🥴🥴🥴🥴😩😩😩😩...... uwu!!!!!!"

• she's just,,, not cool. her vibes are bad and she's done a bunch of shitty stuff

•she probably fakes mental illnesses for attention. this is coming from someone who HATES fake-claiming ppl

shit my friend has told me abt bri:
"there was like a fight and bri couldnt stop making it all shitposty and pissing people off
like just spamming gifs, images, and emojis"

"so bri just vented about how shes sorry for whatever she did
and she used ;-; and ;0;
along with a crying gif"

"on another note, in every vc/google meet i've been in with her, shes always talking over everyone and when i wait patiently to talk when it goes quiet, the moment i start talking she just takes the spotlight"