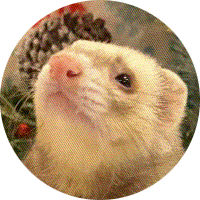 I just released NoobDRM, a way to prevent unexperienced people from stealing your CSS!
Remember: this will only prevent people who don't know much about CSS. It's fairly easy to bypass the protection, but newbies probably won't be able to.

If someone tries copy-pasting your CSS and putting it on their page, their page will just become blank. They'll have to remove the CSS before they can use their page again.

Some CSS Tips and Tricks

Hello, here's a small list of things i learned to do and not do when learning CSS a while ago. I hope you find it useful.
Check the wiki pages i linked. MDN explains it very well.

If you didn't know yet, CSS allows you to apply css to multiple elements at once.
You should do this:

CSS has very basic support for variables and maths!
Example with variables (they ALWAYS start with two dashes):

Maths: CSS has the calc() function. You can use it like this (remember to use spaces!):

This one's pretty cool. You can make it so your theme adapts to the user's system theme (light/dark).

Example: set a dark gray background if the system's theme is set to dark, and to light gray if its set to light.

Fonts in CSS are great, but in case the website you used to load the font goes down, you have to use a fallback font.
This is bad practice:

If you want to set a non-tiling background to your page, you should tell the browser that the image should cover the whole page, and that it should not move.
You also should set a fallback color, in case the website that hosts the image goes down, or while it's loading. Like this:

Let's talk about the Win93 Discord

A few years ago, i first joined the w93 Discord, back then, the community was really small, we barely knew anything about win93 and its community. Each new thing we found on win93 was a victory, and we were all excited about discovering even more things. Soon after, we thought about how we could create our own apps/scripts on win93.

We discovered APIs such as $explorer, $store and more. Small apps were starting to be made, and the win93 JS scene was born.
This moment was probably the peak of activity for the win93 Discord. Almost everyone (including me) started making their own apps and discovery, and we were truly amazed by the potential of win93.

Unfortunately, things slowly started fading out; more and more people on the server were losing interest in win93. This is when the server was really gonna go downhill.
Multiple people were starting to get involved in a Discord group, which was managed by Domenic. The group started as a fine, normal group. But that quickly changed: the group then became a group about harassing people, manipulating them etc. I was also affected, I was following what those people were doing, because i thought i would just be rejected if I didn't. I said things I really didn't mean to say, I've done things I didn't really want to do.

Multiple people I know have experienced the same thing as I did. None of us really knew what we were doing at that time.
I'm truly sorry if I've hurt anyone during these times. I understand if you hate me for the blind idiot I used to be. I really wish this never happened, but it did.

After all of this happened, I started realizing what was going on, and i left the Windows93 Discord for around a year. I only recently joined it back, hoping things would have calmed down, since the group was no more. Except, the server didn't change that much. There is, and probably will always have, drama. I was told "this is just temporary drama about permissions", but it wasn't, the server still was a pile of terrible jokes, spam, abusive admins, and mods that didn't moderate. And when mods do moderate, everyone complains about it. So the server changed, but not the community.

Someone who also was manipulated at that time, just had enough about all the nonsense that happened, and was still happening.

So he left, and I also did. I'm not planning to rejoin, unless the community truly has changed to a better one, not just a community that makes fun of people's old names and/or their past.

PS: Please don't go harass or annoy anyone I've mentioned in this post.