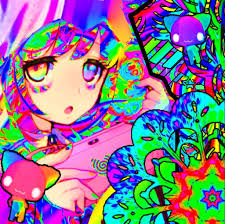 ok so i recently got into the dream smp stuff and oh. my. god. it's so good! none of my friends are into it though so i dont have anyone to talk to it about it.
OK SO wilbur joins the dream smp and finds his friends tommy and tubbo. he decides they need to make a drug van and sell drugs (potions). they start this process by going to the other members of the server and trying to get the items required to make potoins. they get some items and make a drug van. wilbur builds a wall around the van and somehow gets the idea to make his own server inside of the dream smp. this, ofcourse, makes dream mad, and they proceed to have a war. erat betrays them and it seems like all is lost, but tommy trades his discs for L'manburg's (thats the name of the mini server) independance. the discs are his most prized posession and one of the few things he really cares about on the server.
now that L'manburg is free, wilbur is president, with tommy as his right hand man (vice president). to consolidate power, they decide to hold an election. tommy and wilbur would enter the ballot and then close it so they were the only option. before they could close the ballot, quackity and george, fundy and niki, and jschlatt all join. quackity and jschlatt decide to pool their votes if they both lose. on election day, the results are announced and wilbur and tommy won by like two percent of the vote. everyone is celebrating, but then quackity says that he and schlatt were pooling their votes. because of this, schlatt is the new president and quackity is the vp. schlatt's first act as president is to exile tommy and wilbur. they are chased out of L'manburg, now Manburg, and theu can only watch as the walls are torn down.
tommy and wilbur are able to escape into the woods. they make a new home in the ravine, and name it pogtopia. tommy and wilbur begin making plans to take back Manburg. they get tubbo (who is now schlatt's right hand man) to meet with him. tubbo talks to them and agrees to be a double agent. while wilbur and tommy are working, they realise they need more help to fight. so, they get their good friend technoblade, aka the best minecraft pvp-er, to teach them to fight and help them. schlatt plans a festival to celebrate manburg. wilbur and tommy decide this is the best time to strike. as the plan, wilbur begins to think, "tommy, are we the bad guys?". they are planning to invade during this great festival thats supposed to be fun, so maybe they are the bad guys. wilbur decides to embrace this and be the bad guys without a doubt. he goes to dream and gets stacks and stacks of tnt. when no one is on the server, he rigs the area below manburg with tnt, and plans to blow it up during tubbo's speach with a button. on the day of the festival, everything is going well and tommy and wilbur are watching from afar. tubbo's speach begins, but schlatt stops him half way through. schlatt found out tubbo was a double agent and now plans to kill tubbo. they trap him in concrete and call techno (who was invited to the festival and was in the audience) to the stage to kil him. tommy and wilbur are messaging him and telling him not to kill tubbo. But, techno cracks and shoots tubbo. He then shoots schlatt, quackity, and everyone else in the audience. wilbur runs to press the button but cannot find it. tommy, tubbo, techno, wilbut, and niki all retreat to pogtopia. tommy is furious at techno for killing tubbo, and they fight in 'the pit'. techno wins and the disagreement is over. they move on and techno says, "another day, another plot to destroy manburg".
-i will continue this later but my hands hurt from typing lmao-