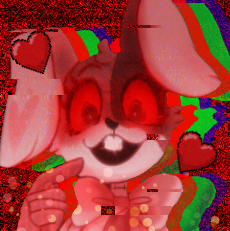 Marx would later make an appearance as a Dream Friend in Kirby Star Allies, implying that he is now at least on neutral terms with Kirby.

Contents
Physical Appearance
Personality
Games
Kirby Super Star and Kirby Super Star Ultra
Attacks
Kirby: Squeak Squad
Kirby Mass Attack
Kirby's Return to Dream Land
Kirby: Triple Deluxe
Kirby: Planet Robobot
Kirby Star Allies
Moveset
Elemental Attributes
In the Super Smash Bros. series
In Other Languages
Music
Quotes
Related Quotes
Trivia
Videos
Artwork
Icons
Gallery
Sprites and Models
References
Physical Appearance
In his normal form, Marx appears to be a small jester with no legs, arms or hands. He wears brown shoes with small light brown dashes going across them that look like shoelaces. His skin is lavender with two big expressive dark purple eyes. His hat is divided into two colors with different shapes on each side: red with white triangles on the left side and blue with white circles on the right. Marx wears a red bow tie under his mouth, which has a fixed smile and two small fangs that are only visible when his mouth widens. His beach ball is striped with the colors of his hat: red, white, and blue, although artwork shows a yellow stripe on it.

After Marx makes his wish to take control of Planet Popstar, he transforms himself into his monster form; a fearsome bat-like monstrosity with golden yellow-colored wings with two sharp fang-like claws jutting out from each one. The wings also have flashing mirror-like, multicolored, hexagon-shaped scales under them. Each wing has a big, red heart embedded on the alula. His skin retains a purple hue (though his skin adopts a darker shade of purple in Kirby Super Star Ultra), but his eyes are big and black. Marx has a bigger mouth and Marx's bow tie is noticeably larger, but it appears to be coming undone. Lastly, his shoe color remains the same, but the shoes themselves are longer and are rounded at the ends. His eyes' pupils are also now somewhat inverse-cross-eyed when still, which may be a sign of slipping sanity.

Marx's appearance in the Kirby of the Stars! Moretsu Pupupu Hour! manga.

In the Kirby of the Stars! Moretsu Pupupu Hour! manga, Marx looks very similar to his first form, except he now has arms with gloved hands and eyebrows, unlike any of his video game appearances.

Personality
While Marx appears to initially be friendly at first, he reveals himself to actually be cunning and manipulative, as he tricked Kirby into helping him in Milky Way Wishes. He also appears to be a bit of a prankster, as shown in Kirby Super Star Ultra (where he says “Now I can cause all the mischief I want!”) and in two pieces of artwork from the official Kirby Twitter account. In Kirby Star Allies, it is stated that Marx will remain a buddy if he is kept well-fed, implying that he is rather ravenous for food.

Marx as he looks before making his wish.

Marx appears in his original form, about to tell Kirby how to stop the fight between the Sun and Moon in Milky Way Wishes.

Marx debuts in the Milky Way Wishes sub-game of Kirby Super Star and its remake as an integral character and final boss.

When the sun and moon of Planet Popstar start fighting each other and knocking each other out of the skies, a small jester-like being who goes by the name of Marx tells Kirby that the only way to stop the fight between the two is to gather the power of the surrounding stars and use them to summon Nova, a planet-sized, mechanical "comet" that can grant wishes. Before Kirby hops on the Warp Star, Marx wishes him good luck.

Marx soars to his supposed doom with Nova in Kirby Super Star Ultra.