MeowthsPayday is in your extended network

“We do have a lot in common.
The same air, the same Earth, the same sky.
Maybe if we started looking at
what's the same instead of
always looking at what's different,

Hi! You can call me Randy if you want. I'm a bisexual gal who was gonna have a way cuter username (♡Meowth's_Payday♡) but it was too long. Nice to meetcha! Layout credit: https://pastebin.com/LeHiJFDr

Team Rocket fans, Danganronpa fans, Ed Edd n Eddy fans, jus cool people in general. Also persona fans, but I've only played 5 so far. I'm planning to play all the other games too, including 1 and 2. 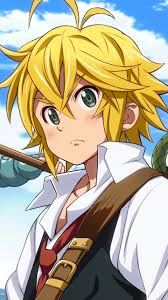